Tithing is Where the Perfect Plan Begins 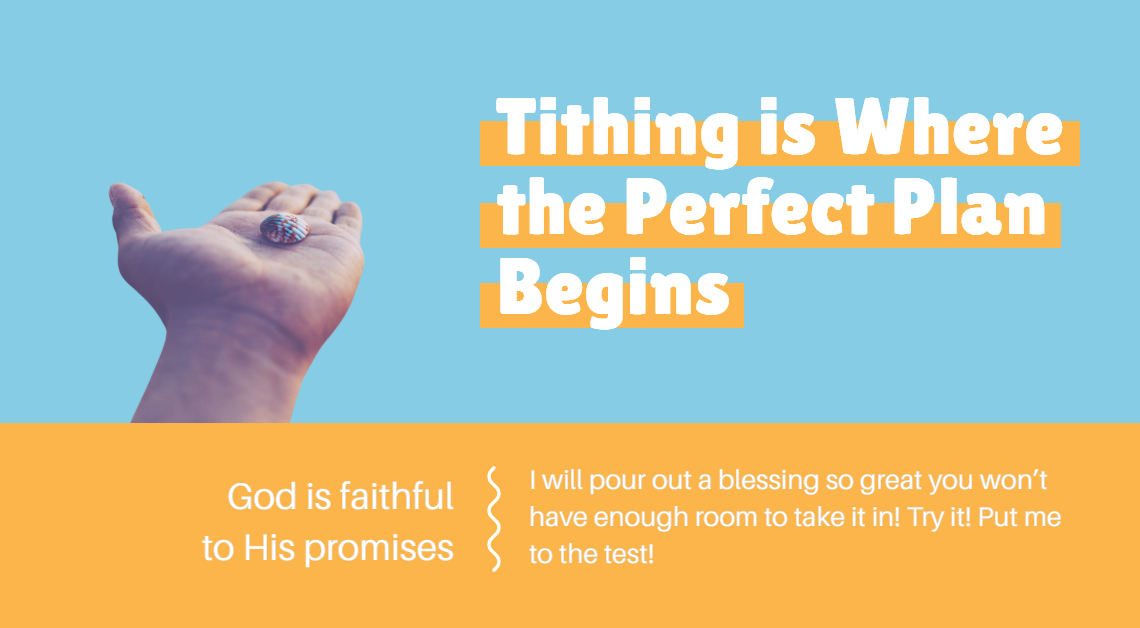 The perfect financial plan begins with tithing. In this previous post, I describe why you must plan to tithe on purpose and what happens when you don’t tithe. Read that post to see the origin of the tithe and what it is not. Following I want to dive further into what the tithe is.

The tithe is ten percent

You may find many people who debate how much a tithe is. The word tithe is defined as “tenth; broadly: a small part”. (Notice the word small.) So, ten percent is ten percent. Not five percent, not 9.9 percent, not whatever you feel like this paycheck.

This is the 3rd definition in the Merriam-Webster dictionary (I wonder why). Remember, anything that is rooted in the truth will be opposed. The 1st definition is: “the tenth part of something paid as a voluntary contribution or as a tax especially for the support of a religious establishment.” Can you see where the dictionary is confused? But it gets the “tenth” part correct. #notvoluntary

It is not more than ten percent either. There have been times where I’ve found people tithing 15%. You can give an “offering besides”, as the Bible says, but the tithe is the tithe. While in debt, I advise that you don’t give an offering until you are out of debt unless you have been told by God to do otherwise. The offering is optional and beneficial for sure, but it is still not the tithe.

The tithe is first and best

If you read the previous post I wrote on tithing, you would see the scripture I believe that points to the origin of the Lord’s part. Two chapters later, in Genesis 4, you will find another lesson on tithing. Cain and Able, children of Adam and Eve, were presenting gifts, or tithes in this context. These were not offerings, they were presentations (or the act of returning what is God’s). SPOILER ALERT! Able’s gift was accepted and Cain’s gift was not accepted by God. Why?

“When it was time for the harvest, Cain presented some of his crops as a gift to the Lord. Abel also brought a gift — the best portions of the firstborn lambs from his flock.” – Genesis 4:3-4a NLT

I can’t tell you how many times I thought that paying my bills, going out to eat, saving some money for later, and then returning the tithe at church was just fine. Later to find out that I was short that month, which is partly because of poor planning, but also because of disobedience.

A couple of verses later God says this:

That verse says to watch out. But watch out for what? The tithe is the first line of defense for the wealth that we must manage. It defends against life. When the tithe has been returned, the remaining money is protected from the devourer, but when it is not returned, watch out, you are uncovered.

Also, think about this: If God didn’t allow you to have the job or business that you have, you wouldn’t have it. Sometimes we can get arrogant and think that we have what we have because we are so special. Believe me, it can all be taken away, more quickly than you received it.

How Tithing Fits in Your Budget

So, how do you know if you have returned the first? Use simple math and simple action. Simple math meaning, take your gross pay (Wage $20/hr, Time 40 hours, Weekly pay $800), and move the decimal point over one spot to the left ($80). That’s the first ten percent. Yes, before Medicare, Social Security, State-Tax, Federal-Tax, and all those other deductions you see. Simple action meaning, write the check first (or send online), before paying any other bills or buying other stuff.

Dave Ramsey in his book The Total Money Makeover made popular the Zero-based budget. I teach that you begin by dividing your budget into 4 buckets. Read this previous post to see how you can Optimize your Outgo and create a powerful plan using this method. If you use my design, you will always have the tithe in its proper place, the very top.

Why is this so difficult to understand? Super intelligent financial educators many times falter on this truth. They may say, “it doesn’t matter … gross, net, as long as you tithe.” What? So, if taxes come out first and you pay tithe on what is left, how is the tithe first? I don’t get the confusion.

The Best Belongs to God

How do you know it’s the best part?

It feels so good to buy that first thing with your newly deposited paycheck. For me, it was a Starbuck Upside-down Breve Carmel Macchiato with Extra Caramel. It’s like, ahhhh, finally payday.

You have been waiting to get paid and you celebrated getting the check (or direct deposit) with a treat or paying the bill that has been nagging you to death all week. Either way, it is the best. However, if it was money spent before returning the tithe, it may later turn sour in your mouth.

I bet when Adam and Eve bit into that fruit, it was the most amazing tasting fruit anyone has ever tasted to this day. But the truth later came out, and they lost far more than they gained. It turned sour.

They had every other tree at their disposal! Think about that. You get to keep 90%. We can’t complain. The best way to get a handle on how to manage the remaining 90%, schedule a call with a coach, because every house is different. The point here is that the first and best 10% is God’s and you get the rest!

God knew that there would be people who didn’t believe that it would be beneficial to return the first and best ten percent of their income. So, He did something that He has never done for any other command or principle ever before and ever again. He tells us to put Him to the test. Yes, that’s right, you can say to go “prove it”. Ok, don’t really say that, but you understand what I am saying.

It’s not surprising with over 2000 verses in the Bible about money, that the earlier lessons came from the very first few chapters of the Old Testament. There are many more lessons on the tithe throughout scripture. Here is the final tithe lesson of the Old Testament. (We’ll get to the New Testament in a later blog post.)

“Bring ye all the tithes into the storehouse, that there may be meat in mine house, and prove me now herewith, saith the Lord of hosts, if I will not open you the windows of heaven, and pour you out a blessing, that there shall not be room enough to receive it.” – Malachi 3:10 KJV

“‘Bring all the tithes into the storehouse so there will be enough food in my Temple. If you do,’ says the Lord of Heaven’s Armies, ‘I will open the windows of heaven for you. I will pour out a blessing so great you won’t have enough room to take it in! Try it! Put me to the test!'” – Malachi 3:10 NLT

Wow! Just wow! What else can I say.

This principle alone is so powerful, it leaves me speechless. The principle of tithing with the correct mindset and heart has been the primary catalyst that God used for me and my family to recover from an over $100,000 net worth deficit to a positive $100,000 net worth in less than 36 months.

We had been far from perfect, but God was so patient with us. God is faithful to his promises.

Where to Return the Tithe

Notice that it says to bring the tithe into the storehouse. That is your local church. Not your favorite charity or a person in need. Don’t give the tithe away. You need to bring it to the church.

I believe that we have thousands of churches shutting down in America every year because people have not been obedient in this area of finances. These organizations were feeding the homeless, housing orphans and widows, and improving communities.

So, find a church that you can attend, serve, and worship, … and bring the first fruits with you. Blessings will follow, and others will be blessed too. 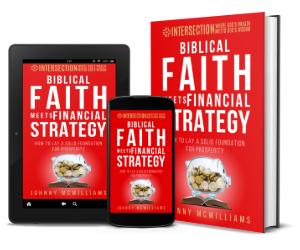